Freedom: Dancing on the edge 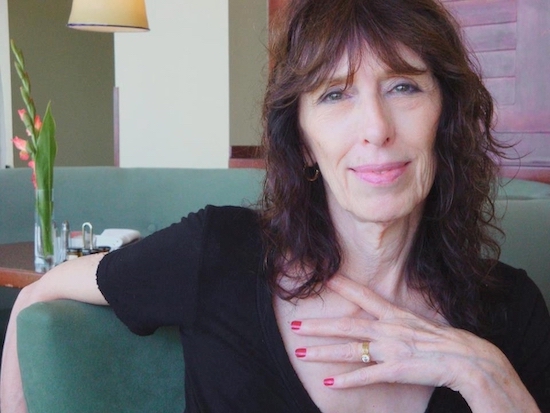 Can we find freedom by dancing ?

The freedom has to come from within us. Nobody can give you freedom ;  we have to be free… of being. So if we want freedom, we have to be willing to be who we actually are. We need to be rooted in our feet, and centered in our hips, in our center, feeling the flow and the power of  love, and trusting this energy moving through us, and listening within us for direction and guides. Feeling the trust that there is something bigger, something holy, something amazing and good that’s carrying us, falling back into that, and allowing it.

Don’t we live in a time where freedom is already valued ?

We have not been conditioned to allow ourselves to evolve or emerge. We’ve been pretty much driven to be a certain way, and that has created a lot of phony-ness a lot of un-authenticity. On one level, history has gone through this extreme individualism – in fact, we just came through that: me, me, me ! –, and we’ve also gone through this extreme in which it’s all about the group. And then there’s this amazing place where the only thing you have to offer the group is your freedom, and through your freedom the expression of your own divine self. And that is then what is part of that collective vibration. We can’t separate oneself from the other, and they’re feeding each other.

So if the collective part is feeding you that you are not good enough, that you are not lovable, that you are crazy or not doing it right, then you can go way off center. And then you have to really fight ‘for your right to party’ – as the Beastie Boys would say -, for the right to be who you are, and that is what you give back. And it can reverse the other way too, if you think you’re so special that you’re above all the rules of the collective, then you are separate and that takes you whack in off center as well.

For me the 5 Rhythms are about learning to dance on the edge between worlds ; one or the other are not so interesting, but how they meet, merge and  disperse, that is fascinating. So we have to find our own edge within ourselves. And when we know it, then we leap of it again and again into the unknown, into being a creative force.

We tend to see freedom as something very ‘loose’. But that kind of freedom seems more demanding…

yes. I say “Do you have the discipline to be a free spirit ?”, because to be truly free takes tremendous discipline. Because what are we being freed from ? In the beginning I thought I was being free from the world, free from people, free from contracts, free from this body. That wasn’t freedom ! That was just Gabrielle trying to be free. At some point I realized that in order to be free, you have to be free of yourself, of having a self, of all identity. You have to be free to really be wild and really rooted at the same time, to not have fixed positions. The only things fixed are that we’re born and we die. Everything else is part of the magnificent mystery of divine intelligence. Everything else constantly changing and moving.

What makes a living exciting, is that we don’t have some really fixed things that we’re here to carry out . Your destiny can change as you wake up and realize : “What is this anyway ?”. And the more aware, intuitive and instinctive we become, the more clearly we are acting out our personal uniqueness. And I think that people have a biggest struggle with being unique and original than they do with being part of the group, the family, the tribe, the culture. However, trying to separate ourselves is futile.

And at the same time, aren’t we thirsty to be unique ?

We are desperate to be unique, and the sad fact is we just are already unique. What happens is that we don’t know how to nurture it, how to sustain it. So, you need a practice that takes you in, and brings you out. Personally I love the 5 Rhythms because I can never do them twice, like you can never step in the same river twice. When I dance with the Rhythms as a perspective, then I can see that : I have a main rhythm, I also have my lifecycle rhythm, the place where I am has a rhythm, the mood of my day has a rhythm,… And then there is all the people that we meet, in their own rhythm.

When we see that, we are free to be fascinated with each other. Instead of going “He’s too fast”, or “I don’t like this place, it’s not exciting”, we can drop all the judgements and just go :

“Wow, look at this ! This is really lyrical”. We can be curious about what is it like, for instance, when a whole place is lyrical, like in Bali, or a whole place is chaotic, like New York. Then you can also take your own personal Rhythm, and go “How does this fit in here ?”. Instead of “Oh, this is too fast !”, it’s more like “Ah, how does this affect my rhythm ? How does this stretch me further and deeper into ‘God’ ?”.

Do you feel that the 5 Rhythms are particularly suited or needed in this modern world ?

All I know is that it happened now… so I expect that it was needed. From myself, I felt the extreme pain of being separated from my body, and in the name of God : they told me that my body was my enemy, that it could betray me, that there were feelings inside me that I wasn’t supposed to have. It was freaky because then you’re always trying to be something you’re not, or trying to feel something, but feeling actually something else.

I was also a classical dancer, learning “how” to dance in a very specific and not particularly natural language. And with that language came a lot of judgement : if you were doing it right or wrong. You had to do perfectly what the other did, so it came from outside, and that just really helped me to continue to beat myself up, and to consider myself as not good enough.

But it also kept me moving, and at some point, that part of me that really needed to move, became bigger than any other part. There was some yearning in me for trance, and the dance became my refuge. Even as a very young person I would put all my money in the jukebox and play the same song five times, to just dance.

Fortunately for me, time is on my side, because I came into my twenties with the sixties, and this was a great and wild time, a moment when everybody was going “What’s going on? This doesn’t work!”. The only difference, for me, was that a lot of people felt like drugs were the way, and for me there was no drug who could compete with dancing. There is a very big difference between a pill of ecstasy and the actual experience of ecstasy. 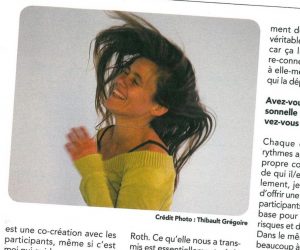 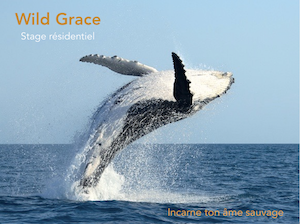 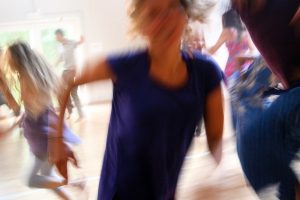 Begin where you are. Go step by step. Expect to be surprised.

We love to meet people from different backgrounds and languages.

In particular regarding languages:

* You can also use https://translate.google.com to translate any page of this website.